Certain about this decision

Filling in for my sister

A small taste of fame (Request) 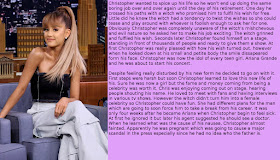 My place in this world

In search for a girlfriend (Request) 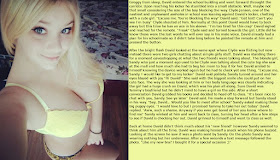 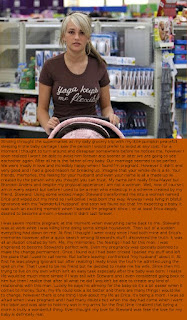 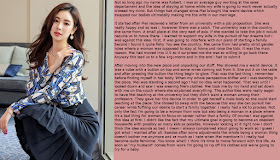 Little shiny coin. A tg comic from me

As you might noticed recently my caption rate has dropped a bit. It's mostly due to being busy in my private life but there is also another reason. I've been working on a project and it's finally here. My very own, first tg comic :D Before you start I have to clear a few things. First it's not drawn since my drawing skills stopped at the age of 2 and I can't even draw a horse. Second, since I'm not familiar with any graphic programs like daz studio I had to look for alternatives. So I found it and as a sucker for video games it shouldn't surprise I'm using one to make this comic. The sims 4 to be percise ;)

So the story is simple, the graphics is as much as the game engine allows and the speech bubbles are added in paint but despite this being a very amateur work I hope you're going to give it a try and enjoy it :)

My computer is clear since I check it weekly for viruses but if there is anything fishy either about the file or the site I've uploaded it to let me know immidiatelly. The file is going to be there only for 30 days but I'll try to look for other sources to upload it.

As I said the story is very simple: Martin, a sixteen years old boy finds a coin on the street. When bumping into his teacher, Mrs. Alice Fox (who is nine months pregnant at the time) the woman notices the coin and recognizes it as a switching coin with the powers to swap bodies. Hesitant but curious, Martin agrees to Mrs. Fox's proposition and swaps bodies for a day.

I hope this turns out to be at least a decent story. Let me know if you enjoyed it.
Marti's tg captions o 8:21 PM 8 comments:
Share

It will take some time (Request)

Falling into a trap

I'm terribly busy so only this one caption for today :/ Sorry 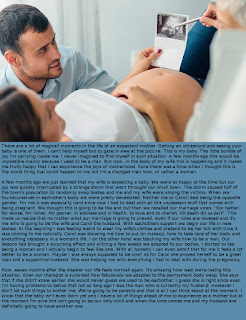 Happy birthday Aidan! I hope your birthday party is going to be just like the one in the caption :D 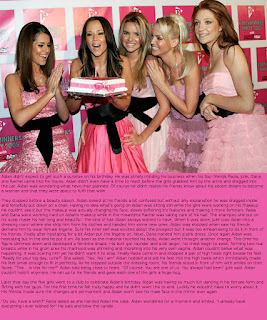 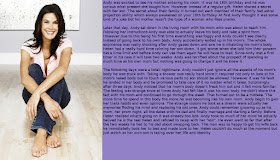 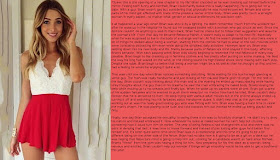 So I decided to share with you boys and girls another two fresh blogs. If you're following the insomniac blog then you might know this one but since the author is an old friend of mine I would love to share it here as well : https://jessmagicrefuge.blogspot.com/
The blog's topic is mostly pregnancy captions so if you're fascinated by motherhood this is the place for you.

Another one is from a good friend Angel. This one has some more kinky captions so be warned. Adult audience only! : http://angels210.blogspot.com/
Marti's tg captions o 8:33 PM No comments:
Share

Growing used to this body

Finding a place to fit

So apparently one of my readers got inspired and created a blog. The place is quite new but filled with great captions to read. I suggest you give it a try and I'm sure you won't regret visiting the place:
https://tgcaps97.blogspot.com/ 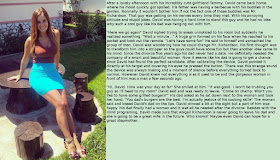 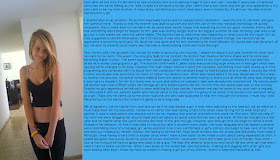